Back to Clinician’s Corner

Need infusion therapy for a neurological condition? We can help.

Infusion therapy is a powerful option to manage many of these neurological conditions, though results may vary among patients and medication availability may change. Our referral process is easy, and we work closely with your referring physician throughout your treatment journey. Contact us today with any questions. Are you suffering from symptoms associated with a neurological condition? A variety of infusion therapy treatments available at FlexCare Infusion Centers may help reduce flare-ups, alleviate symptoms, and slow disease progression. Neurological conditions that can be treated with infusion therapy include Alzheimer’s disease, Multiple Sclerosis (MS), Chronic Inflammatory Demyelinating Polyneuropathy (CIDP), Neuromyelitis Optica Spectrum Disorder (NMOSD), Guillain-Barre Syndrome, Myasthenia Gravis, and others

Alzheimer’s disease is the most common cause of dementia, accounting for between 60% and 80% of dementia cases. It is a progressive disease that most commonly affects adults age 65 and older, though some early-onset cases can begin sooner. Alzheimer’s occurs when nerve cells in the brain are damaged and killed, caused by abnormal structures called plaques and tangles. Though a certain amount of this occurrence is a normal part of the aging process, those with Alzheimer’s develop in a more specific pattern to the areas of the brain that affect memory. Those suffering from Alzheimer’s have difficulty remembering information, which worsens as the disease progresses. Though there is no cure for Alzheimer’s, Aduhelm® is an infusion therapy available at FlexCare Infusion Centers that may delay progression.

Multiple Sclerosis (MS) is a disease that affects the central nervous system, which includes the brain and spinal cord. When someone has MS, their immune system attacks the myelin, which is the protective sheath that covers nerve fibers. This occurrence causes communication issues between your brain and the rest of your body and eventually leads to permanent nerve damage and deterioration. Symptoms of MS vary between patients but can include numbness or weakness of limbs, tremors, lack of coordination, vision issues or loss, slurred speech, fatigue, dizziness, and tingling or pain in body parts. There is not currently a cure for MS, but certain Infusion therapy medications available at FlexCare Infusion Centers that can help manage symptoms and possibly slow the course of the disease include Lemtrada®, Ocrevus®, and Tysabri®.

Chronic Inflammatory Demyelinating Polyneuropathy (CIDP) is a neurological disorder causing weakness and impaired sensory function in the legs and arms. Also called chronic relapsing polyneuropathy, CIDP is more common in young adult males, though it can occur at any age in both genders. Like MS, CIDP is caused by damage to the myelin sheath, though in CIDP the occurrence is in the peripheral nerves. Progression of CIDP varies, but it can often be managed and treated if diagnosed early before nerve loss. Infusion therapy medications available at FlexCare Infusion Centers to treat CIDP include Privigen® and Onpattro®.

Neuromyelitis Optica Spectrum Disorder (NMOSD), also known as Devic disease, is a chronic disorder caused by inflammation of the optic nerve and spinal cord that affects the brain and spinal cord. In the early stages of the disease, it can be confused with MS. Patients with NMOSD often experience episodes of inflammation followed by periods of remission and recurrence. One of the primary symptoms of NMOSD is eye pain and loss of clear vision, often with one eye more affected than the other. Inflammation of the spinal cord can also affect motor, sensory, and other bodily functions. Infusion therapy medication available at FlexCare Infusion Centers to help alleviate symptoms associated with Neuromyelitis Optica Spectrum Disorder (NMOSD) include Uplinza® and Soliris®.

Guillain-Barre Syndrome (GBS) is a rare autoimmune disorder in which your body’s immune system attacks your nerves, causing muscle weakness and sometimes paralysis. Though most people diagnosed with GBS recover fully, some can have lasting symptoms and permanent nerve damage. The first recognizable symptom of GBS is usually weakness or tingling sensations in the legs, which often continues to the arms and upper body. Symptoms can progress and cause paralysis in some cases. The development of Guillain-Barre Syndrome is triggered in adults following diarrhea, respiratory illness, flu, or other virus. Infusion therapy medication available at FlexCare Infusion Centers to treat Guillain-Barre Syndrome Include Privigen® and Gamunex®-C.

Myasthenia Gravis (MG) is a condition caused by a breakdown in communication between nerves and muscles that leads to muscle fatigue and weakness. The muscle weakness caused by MG worsens the more the muscle is used, so often symptoms can improve with rest. Though MG can affect any muscles that are controlled voluntarily, it commonly affects the eyes, face, throat, neck, arms, and legs. This can cause issues with vision, speech, swallowing, chewing, and facial expressions. The development of MG can be caused by antibodies in your body blocking or destroying muscle receptor sites. It can also be caused by an enlarged thymus gland, in which case surgery may be the recommended treatment. Treatment options available at FlexCare Infusion Centers that can help provide your body with normal antibodies include Privigen®, Gamunex®-C, Soliris®, Ultomiris® and Vyvgart®. 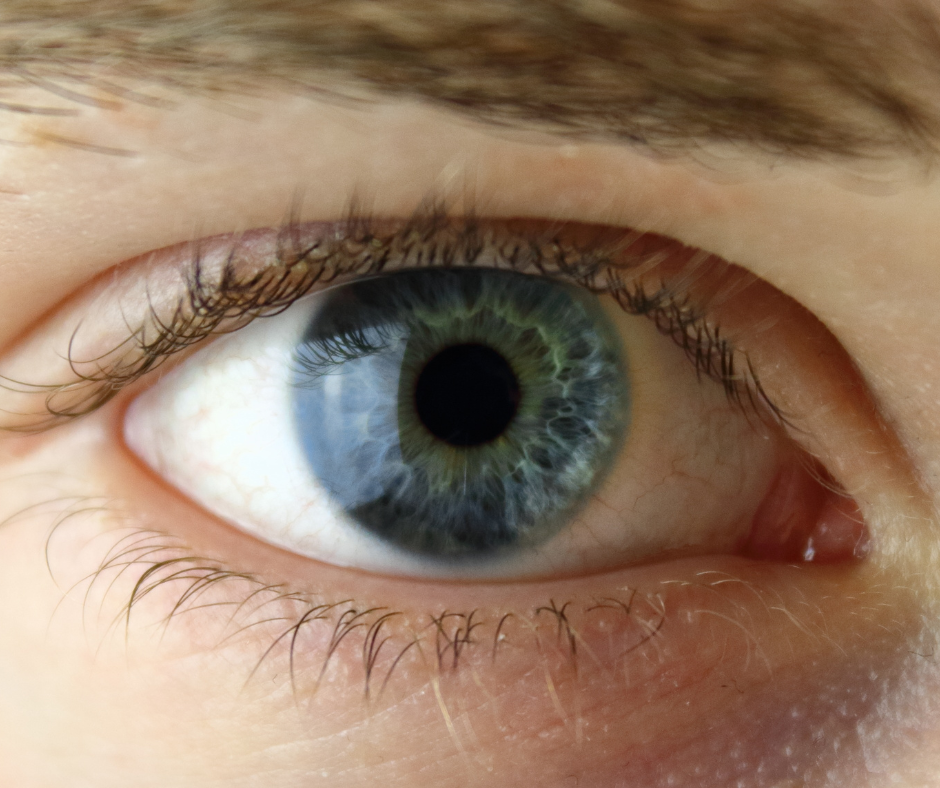 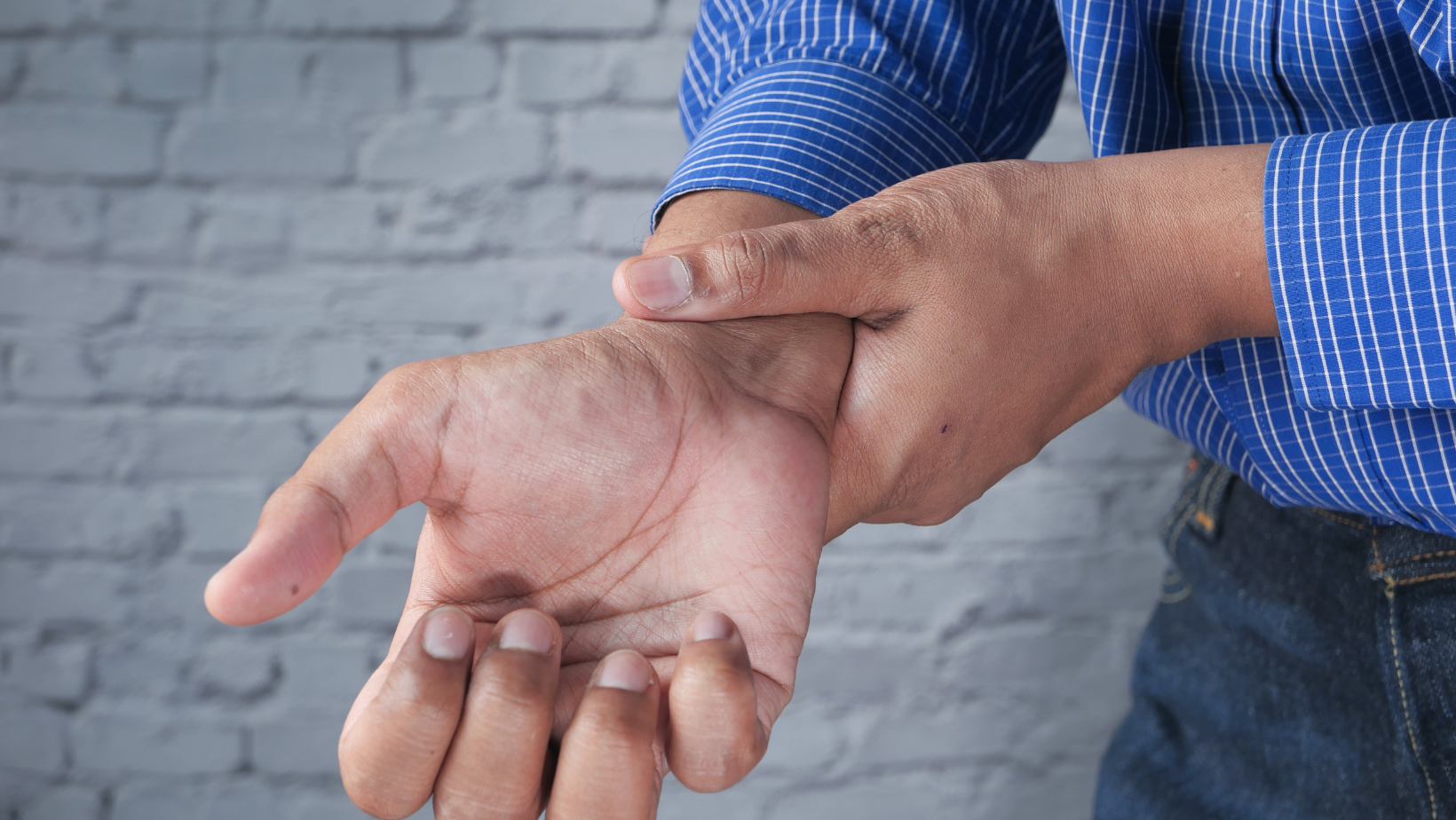 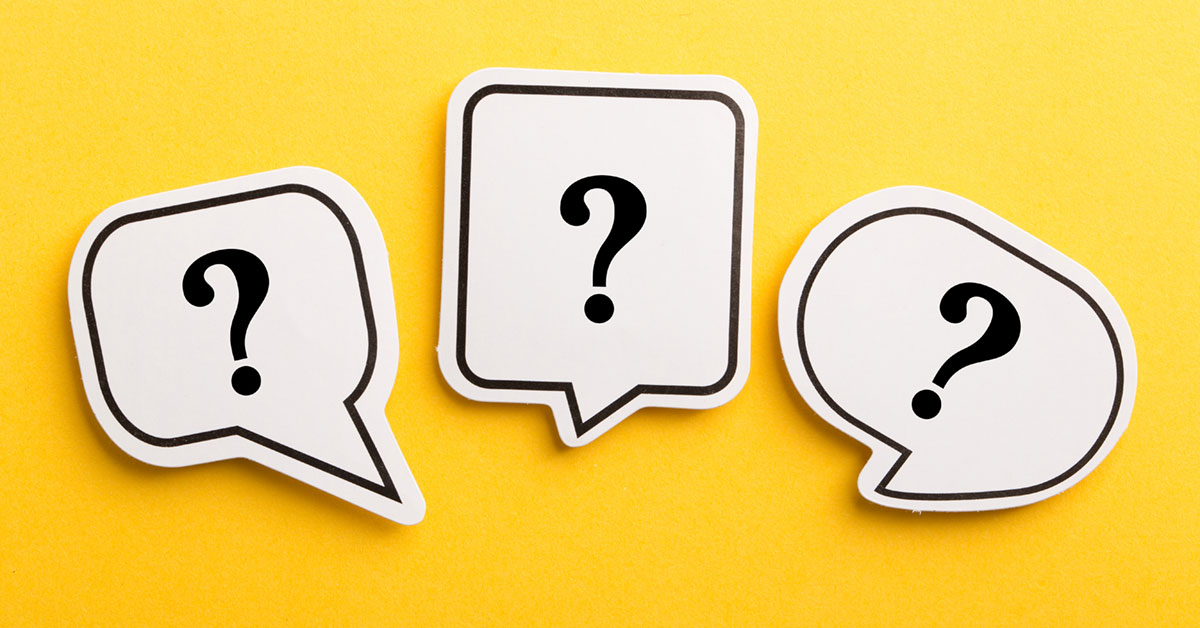 Questions to Ask About Insurance Coverage for Infusion Therapy 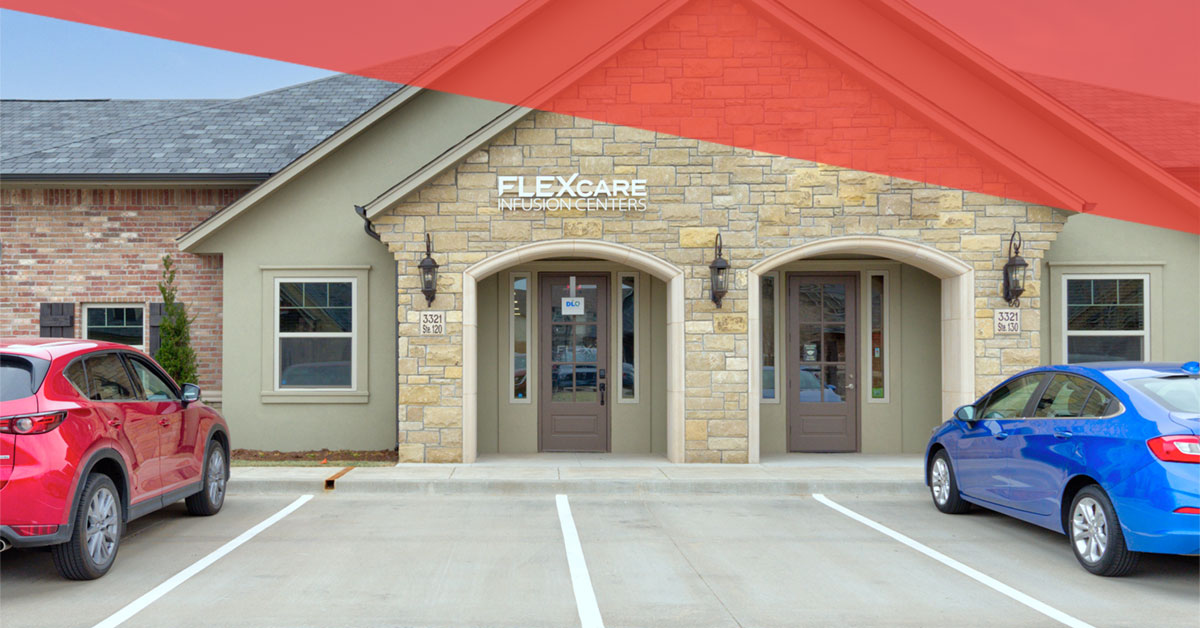 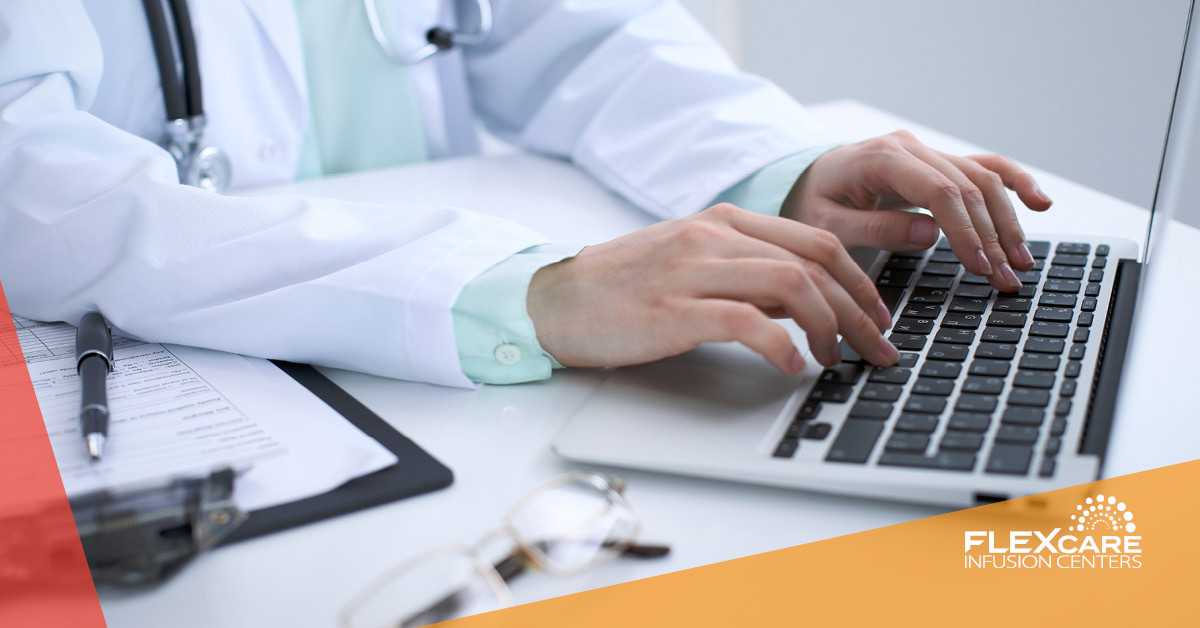 How We Partner with Referring Providers 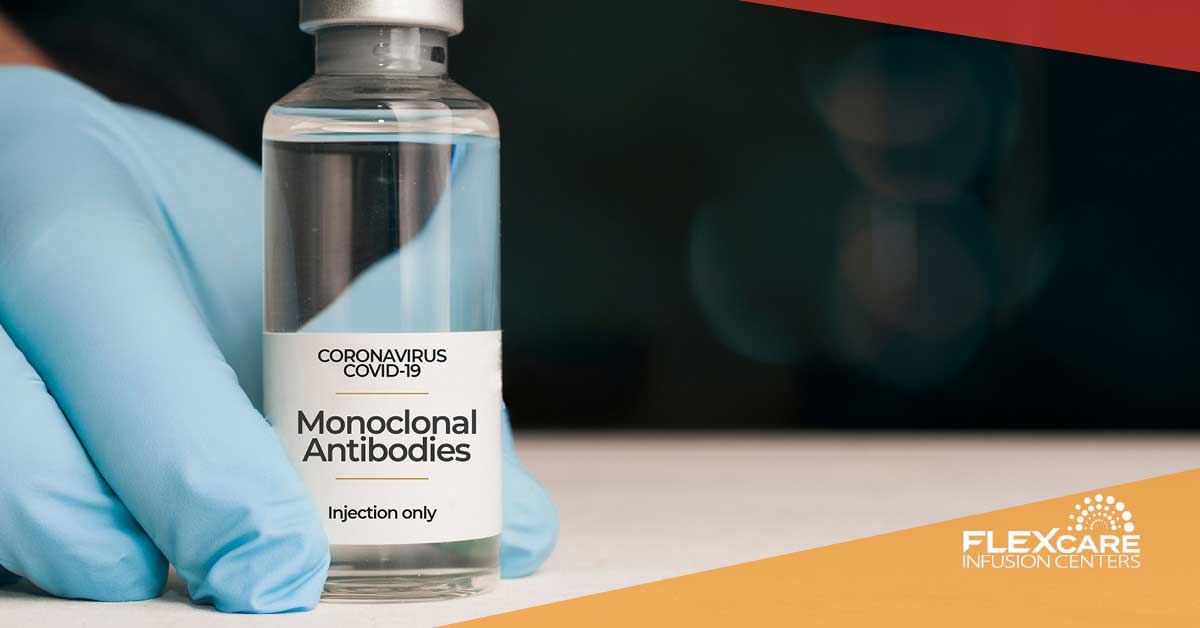